Many people, even those who are knowledgeable about HVAC systems, use the terms “forced air” and “central air” interchangeably. However, they actually describe two different HVAC components, and in today’s post, local HVAC service contractor Schmitt explains the differences. 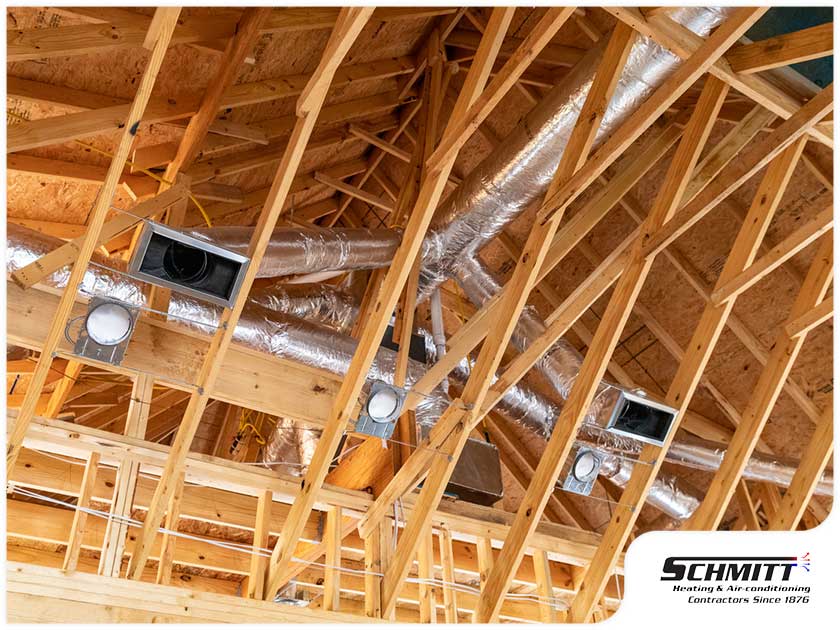 A “forced air” system is generally used to describe part of or the entire heating system, the part that supplies warm air to the various parts of the house; this isn’t accurate, however. A forced air system is any kind of heating or cooling system that utilizes air ducts to “force” air into rooms within the house. The amount of conditioned air in each room is controlled by vents, blowers and dampers.

With the way most HVAC systems are set up, it’s not surprising that people use “forced air system” as a way to describe them. The output from both heating and cooling systems are fed into an air handler, which creates air currents to force conditioned air into the ductwork. In contrast, a mini-split air conditioning system has a built-in air handler that feeds cool or warm air directly into a room.

A central air conditioner is a type of air conditioner that’s designed to cool an entire house. The term “central” describes the typical home setup that consists of one unit. Here we again draw a comparison to smaller units like window-mounted and mini-split air conditioning units because one home can utilize multiple systems for cooling.

Call Schmitt for All Your HVAC Needs

Schmitt is a leading provider of heating and air conditioning services, so give us a call at (415) 689-7849. You can also fill out our contact form to schedule an appointment. We serve customers in San Francisco and the surrounding communities.

Tips on How to Protect Your HVAC Warranty